We Live Large like the 1%ers In Mercedes’ Magnificent Maybach 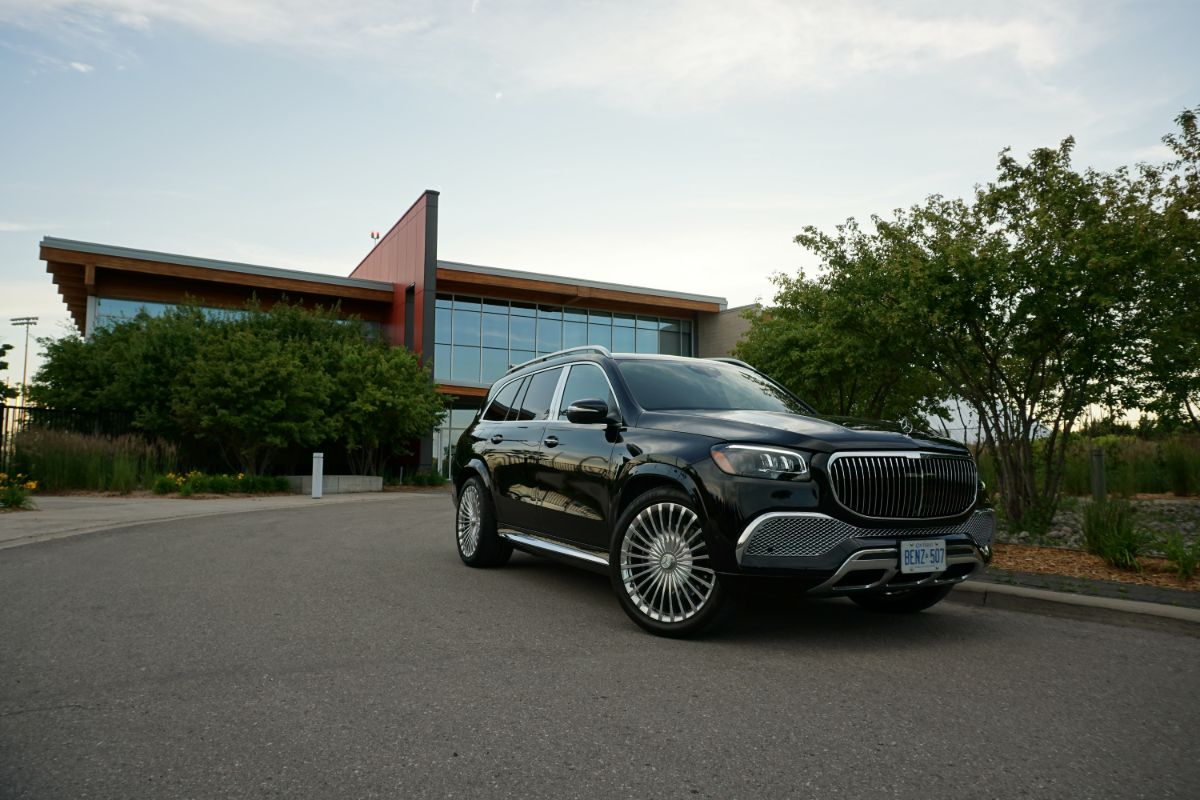 We never got tired of seeing the reaction on people’s faces.

It didn’t matter if we pulled up to the curb to pick up the little ones, hit up an ATM or any kind of mundane errand for that matter. The looks on nearby pedestrian faces- and the way their body language expressed expectation and excitement- were always the same before we’d disembark from Mercedes Benz’s uber-luxury barge. You could read their lips too- they’d mouth “Maybach” in a reverential tone that we couldn’t hear because we were cocooned in our astonishingly quiet, double paned glass fortress.

And then your humble author would make egress and shoulders would slump and beaming smiles faded in disappointment.

Sorry for being so ordinary, everyone!

In all honesty, instead of feeling dejected we felt bemused. As far as we know, Drake is the only other person wheeling a GLS 600 in these parts and with the sheer rarity and ostentatious luxury who could blame passerby’s for thinking a movie star, rapper or illustrious Captain of Industry would be the one getting out? Once, I headed out to pick up some milk- wearing black socks with clogs and a faded Kermit the Frog T-shirt and cargo shorts- the whole thing nearly sent the people sitting on a patio nearby into hysterics.

This is a new offering from Mercedes Benz and given its scarcity you would think people would have no idea what this is, sort of like the Genesis GV70 we recently drove. But alas, conspicuous consumption seems to be all the rage these days and we were surprised at how many people knew what this was. Friends flocked to it, mouths agape; kids begged to sit in the reclining rear seats swathed in buttery leather and to tinker with the individual iPads on the backs of the front seats.

Of course, the way the Maybach GLS 600 carries itself helps to achieve the centre of attention vibe it puts out. The only understated feature of the exterior was its flawless black metallic paint. The immodest flourishes of chrome splashed here and there were only upstaged by the brilliantly shiny maw and Maybach specific grille. Like they used to do in the past, the three-pointed star badge is not installed on the hood but rather perched on its own small chrome pedestal. Then there’s the colossal 23” wheels with their multitude of polished chrome spokes that drew their own fair share of admiring glances.

Curious onlookers flocked to the mega SUV without fail wanting to get a peek inside, and so we just resigned ourselves to the fact that cleaning nose and forehead prints off the windows was simply part of everyday life with the Maybach. Many were shocked to see that this plus sized SUV only seated four people. If they were able to see inside the rear cargo area, they would be startled to learn that carrying capacity has been reduced to a pittance because of the onboard fridge that eats up a considerable amount of cargo space. This is not exactly a transportation module that springs to mind for a cross country road trip unless the four lucky occupants pack very, very light. But for shorter trips- say, to the finest restaurants in town, or to get to the airport to catch the chartered Gulfstream 5 patiently waiting to fly off to Monaco- it’s downright perfect. Up front, driver and front seat passenger are treated to an environment that will feel instantly familiar to anyone who has spent time in a contemporary Benz. The switchgear, infotainment and control layout are pretty much identical to what you’ll find in a more pedestrian GLS. Of course, there are subtle differences, like the insanely powerful and clear Burmester sound system and an exclusive Drive Mode setting simply called ‘Maybach’ (which you will know you have selected when a little diamond appears beside the C for comfort in the bottom of the instrument panel. Ballin’!)

Things get particularly interesting in the rear seats, however. Since the third row has been binned, it allowed the Maybach designers to move the individually reclining airline style seats back as far as possible to yield what can only be described as palatial accommodations. They are swathed the supplest leather we have ever encountered this side of a Rolls Royce and beautiful aluminum fold out tray tables are discreetly stowed away in the console nearby. There are 3 tablets on hand- one for each passengers viewing pleasure and another that controls all vehicle functions like the temperature settings and what massage program they might like to enjoy while motoring along. If the drive takes on a celebratory tone, a short reach to the aforementioned fridge will allow them to pop the cork on their favorite rare vintage of champagne, chilled crystal glasses at the ready.

A gas station attendant remarked that it reminded her of an ultra-luxury first class ticket on an Air Emirates flight, and she was not too far off, except for the fact that on an airplane you can find examples of cost cutting and cheap materials sprinkled throughout. Not so in the GLS 600. Literally, every single surface and touch point is either made of piano black accents, pin striped wood trim or sumptuous leather. Although our tester was a bit austere with its black-on-black-on-black color scheme (there are some exquisite two-toned color combinations available) it gave a tantalizing glance into what the one percenter types experience on their commutes.

Since our Maybach is mechanically similar to the GLS 63, you might be of the opinion that once the chauffeur drops off his charges at their destination that he or she can go hunting for apexes until it’s time to pick up the passengers. That isn’t the case, although it did surprise us with how athletic it felt in Sport mode and when we exercised the shift paddles, even if its 550 horses are of a demurer species than the snorting 603 in the AMG tuned version. There is a thick veneer of isolation between anyone inside the Maybach and the oily bits below. Steering and brakes offer very little in terms of feedback, and because the thing is so bloody quiet and serene there are scant few clues from the outside world about how fast you are going. It was commonplace to glance at the speedometer and see were doing 30 km/h more than we had intended. The takeaway here is that the Maybach is a very, very nice SUV to drive and be driven around in.

We would be remiss if we didn’t single out the sophisticated air suspension. That it allows for an unbelievably pillowy ride on massive 23” wheels and 35-series tires is one feat; the way it reads the road and makes thousands of adjustments per second to ensure that no harsh impacts make their way through the structure and into the cabin is otherworldly. We have tried similar systems from other manufacturers, and it simply doesn’t feel as effective as it does with the GLS 600. Another thing: speedbumps, no matter the size or width, are simply not felt when being traversed, no matter the drive mode. It’s almost uncanny how they seem to disappear.

With all that said, our drive in the Maybach GLS 600 was plenty memorable and equally enjoyable, yet we couldn’t help but find some issues. We touched on this earlier, but while this is the first SUV to be lavished with the Maybach treatment you should know that Sport and the Utility are heavily compromised. Even though this thing is equipped with all-wheel drive, adjustable ride height and Off-Road Assistant (you need to Google that last one) it’s likely you won’t be following many Jeep Wranglers down any single tracks into the bush. As for Utility, some might deem this truck hopelessly impractical with only seating for four and a cargo hold that won’t hold much stuff. Just looking at this chariot should lead you to believe that fuel economy isn’t going be a talking point in the press release, and with prodigious thirst, power and a massive tank don’t be surprised when the digital readout at the pumps shows some serious dollars when you fill it up from empty. One neighbor snidely remarked that this could be the German version of the Canyonero and judged solely on its level of conspicuous consumption that could be seen as accurate, and yet the Maybach never received anything but love from all those who encountered it.

But really, does any of this even matter when you’re cruising in hedonistic luxury, sipping a chilled beverage with your feet up and drawing envious glances from pedestrians and motorists alike? Probably not. The type of people who are interested in adding a Maybach to their fleet probably are not concerned with such details. Hey, if it’s good enough for Drake, it’s good enough for us. Just remember to look and act the part of VIP when you pull up to the curb to meet all those expectant glances.