Evidence that would suggest Acura has pulled itself together to deliver on the promise of building cool cars is plentiful- the TLX Type S we tested recently is a very bold step in the right direction. 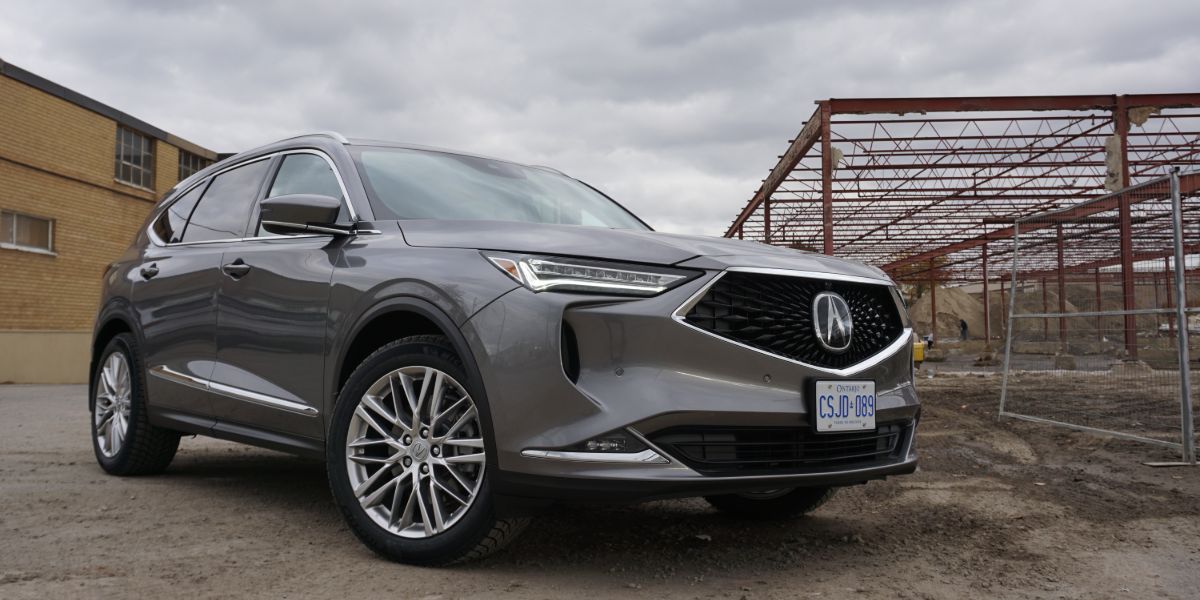 Lately, whenever we have an Acura product holding court in the Carpages Garage we ask the same question: is this car actually going to be fun to drive, or have the multiple press releases issued by the brand’s marketing wormed their way into our subconscious to the point where we just assume it as truth? Evidence that would suggest Acura has pulled itself together to deliver on the promise of building cool cars is plentiful- the TLX Type S we tested recently is a very bold step in the right direction.

But do patrons of the three-row SUV segment even care about owning an engaging vehicle to drive? Where the MDX is concerned, its sales numbers would suggest that this indeed is something interested buyers covet. Even if you don’t have a smidge of enthusiast DNA in your blood, you cannot argue with an SUV that shleps your family and their stuff around that also happens to imbue mundane journeys with an appreciated degree of fun.

Now in its fourth generation, the MDX is the recipient of a clean sheet redesign for 2022. Your first clue that this is an all new MDX is the styling. The MDX had grown to be a bit dowdy in years past; not anymore. The sheet metal is aggressively crisp and borrows heavily from the TLX model’s design language. Scaled up, it hasn’t lost an edge and we think this is easily the best-looking people mover to emerge from the East Liberty factory. The wheels are pushed out to the corners as far as possible and while there’s not much design latitude with a 3-row people mover it manages to look lithe and handsome, very much like your humble author. The interior received a rethink as well, and the Precision Cockpit Digital Instrumentation takes front and centre stage. Coupled with touch points and trimmings that are more premium than ever before and you have a pretty swanky environment to enjoy your driving in. Passengers will like what they see too, and those seated in the second row are treated to a first-in-class multi-function removable middle seat providing owners three distinct seating configurations, one of which is a captain’s chair setup making this a truly ‘having your cake and eating it too’ moment for MDX passengers.

There are some other interior appointments we felt were particluarly notable like the beautifully amalgamated bits of open pore wood, buttery soft leather and brushed aluminum. The entire dashboard is swathed in leather with meticulous stitching and overall build quality is first rate. Like the TLX Type S we reviewed previously, the MDX has the same ELS Studio 3D audio system that plays your favourite tunes with incredible detail and sounds better to our ears than some of the high-priced systems available in its prime competitors. While all those tangible bits add up to a very luxurious experience, it is the levels of refinement that really impressed. Wind and road noise are appreciably isolated and lend the MDX a truly upmarket feel expected of this segment.

Once we got settled in the MDX’s cockpit it was time to get it out on the road to see the homework Acura engineers did to make their SUV so appealing to drive. The press materials underscore the addition of double wishbone front suspension, and its benefits are immediately felt. This setup has long been the darling of enthusiasts because it offers far better feel and offers much more disciplined wheel control when you lean it into a corner. Sure enough, we felt a sharpness and accuracy that simply was not possible with the old strut arrangement from previous generations. If you think that ride quality was sacrificed at the expense of precision, think again- it is almost balletic in how the MDX carries itself down even the choppiest bits of the road. This is the kind of ride and handling compromise that BMW used to do so well and it imbues the MDX with driving characteristics that are much better than most drivers would expect of a three-row family hauler.

The updates stopped short of the engine room and the 3.5 litre V6 carries over from the previous generation. This is not a bad thing. Parent company Honda is known for developing excellent powerplants and we liked that there were no turbos to be found, just straight up natural aspiration augmented by a delightful VTEC snarl when you wind the tachometer to its upper limits. It’s teamed with a 10-speed automatic that never draws attention to itself except when it shifts with more authority if your ratchet up the selectable Drive Modes. Finally, engine power is funneled through the company’s excellent Super-Handling All-Wheel Drive system which features sophisticated torque vectoring for better handling but also surefooted traction in inclement weather. For those needing more power, there is a Type S version powered by the same turbocharged V6 in the TLX hitting showrooms by the time you read this.

As you can see, the new MDX has lots to offer but there are a few things holding it back from being genuinely great, and the most glaring misstep is- you guessed it- the same touchpad interface for the infotainment system we agonized over in the TLX Type S. In theory, it represents a unique way to access menus for all vehicle functions without the use of a touch screen, but in practice it isn’t what you would call easy or even enjoyable to use. We found ourselves employing workarounds like using the steering wheel controls or voice commands, and we hope that Acura rethinks this when the MDX is due for a midcycle refresh. Brake feel is a bit puzzling because the first few inches of travel do not provide the kind of deceleration you expect and  takes some getting used to, and mediocre fuel economy are the only other gripes we could come up with on an otherwise thoughtfully executed SUV.

The MDX speaks to a philosophy that just because you need a tree-row SUV in your life, it shouldn’t mean you have to accept a boring vehicle to drive. We have driven quite a few players in the segment and while many of them are great choices in their own right, they fail to scratch the itch that manifests itself when the kids are dropped off at hockey practice and Mom and Dad decide to seek out roads that will put the newly designed suspension and playful yet composed chassis through its paces . For the parents who grew up in Acura’s heyday of VTEC powered sports cars or just want something that raises the pulse when driving, this is their SUV.