If the last few years are any indication, we agree that Acura is serious about building cool cars that appeal to enthusiasts like it used to. If the Legend and Vigor nameplates happen to get reanimated in the process? That’s a cause we can get behind. 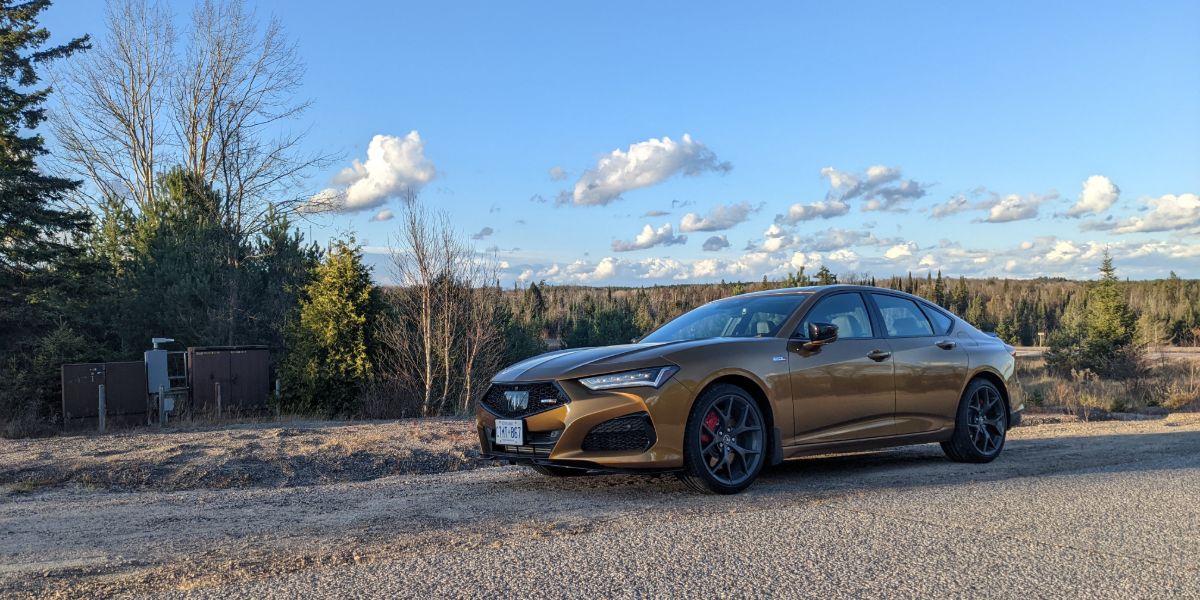 Nostalgia is a powerful drug, and when you mention the Acura Integra, TL Type S and the mighty NSX enthusiast eyes take on a wistful look as they remember the late 1990’s and early 2000’s halcyon days of Honda’s luxury and performance brand. It is one thing for an automaker to proclaim that they will turn to mining their past in hopes of transplanting the driving enjoyment folks fondly remember from yesterday and an entirely different kettle of fish to actually put such a plan in motion. If the last few years are any indication, we agree that Acura is serious about building cool cars that appeal to enthusiasts like it used to. If the Legend and Vigor nameplates happen to get reanimated in the process?  That’s a cause we can get behind.

Optimism trickled in last year when we drove Acura’s then new Generation Two version of the TLX. Our expectations were not admittedly high when we recalled our time in the first go around of the TLX back in 2014 which was a huge disappointment. It was supposed to have taken the best parts of the TSX and TL models and mashed them together, but instead we got a car that felt confused about its identity and offered a milquetoast driving experience to boot. Imagine our surprise when we found ourselves smitten by the TLX A-Spec which featured the excellent 2.0 turbocharged four-cylinder cribbed from the Honda Accord. After an onslaught of glowing prose, we remarked that aside from a few minor niggles, the TLX is crying out for a healthier dose of Vitamin HP and, much to our delight, Acura responded by telling us that a Type S version would be joining the fray in the not-too-distant future. The Type S builds on the brilliance already on display in the base models and we’ll tell you how it manages to do that below. If you are shopping for cars in this segment and have the sort of dreadful Infiniti Q60 and the middle-management-special Audi A4 on your radar, you really must read on so we can help you avoid making such mistakes. Those are not bad cars, just a bit boring.

You can spot the upgrades Acura blessed the Type S version immediately. In our tester’s case, the first thing you notice is the Tiger Eye Pearl paintjob (an extra $500, should you ask) that features heavy metallic flake and seems to pay an homage to the wildly painted speedboats of the 1970’s. It is not to everyone’s taste, but its impact is undeniable. Next, your eyes fall to the 20” wheels that are a nod to the same rolling stock fitted to the NSX. They are exquisite. Behind the rollers much larger brake hardware are fitted, and the red painted calipers are supplied by Brembo. Out back there is a subtle decklid spoiler and four glorious exhaust tips. You should be thanking Acura for not making these look terrible with an itty-bitty exhaust pipe comically dwarfed by ridiculously large finishers, or even worse, fake everything (cough cough, Audi.) The pens of Acura’s stylists have managed to give the front drive architecture rear-wheel drive proportions, and this car is even more handsome than the A-Spec we drove earlier. We had not even turned a wheel yet, but we had a good feeling about the Type S.

Settling into the cockpit, we got a sense of déjà vu but in the best possible way as we grabbed the steering wheel. Is anyone doing steering wheel design better than Acura these days? We’ll answer that one for you- no, there is not. It is perfectly sized, fits comfortably in any set of hands and the controls are laid out in such a way the learning curve to acclimatize yourself to them is blessedly short. And you will need to know those controls inside and out which we’ll explain later. The other standout inside is not the comfort of the sport seats- which, you should know, are all day comfortable but hold you snugly when you start ratcheting up lateral acceleration- it’s the ELS sound system. Factory stereo appointments have gotten seriously good over the years, but the ELS in the TLX Type S is next level. We confess to seeking out our favourite music for download in as non-compressed digital format as we could find just so we could hear our favourite tunes so artfully reproduced in the TLX’s interior. The effort was worth it; Steely Dan’s “Hey Nineteen” sounded richer and more nuanced than we can ever recall.

It’s all well and good that the car has a well-trimmed interior with a banging sound system, but let us discuss what will likely be the main talking point of this car- performance. The Type S enhancements have gone a long way in sharpening the edge of an already compelling sports sedan. The biggest impact is felt from under the hood, which in this case is a new twin turbo 3.0 litre V6 engine. It possesses a sweet, free revving nature and makes gobs of power from idle to redline and sounds fantastic while doing so, and it’s a stark reminder that Honda is still able to craft incredible engines. If anyone thought the four-cylinder variant was slow- and we never complained about that previously- the V6 lends an impressive turn of speed. Funneling the newfound urge to the pavement is the same 10-speed automatic as before, but Acura fettled with it so that it responds more urgently to what your right foot is doing and the response from the paddle shifters is crisper and more immediate. All 355 horses make their way to the tarmac through a pointier version of Acura’s Super Handling all-wheel drive system that is set up to better flatter the well-sorted chassis. We didn’t get the chance to put the system through its paces in a controlled environment, but we did get a taste of the surefooted traction it provides during a surprise blizzard in Northern Ontario- that was with its performance summer tires and not the proper winter rubber we would have much preferred. The TLX boasts the same Drive Modes as its lesser powered brethren but adds a Sport Plus mode. When we put it to work around town, we dismissed it as too busy and frenetic. Yet when travelling on a lonely, well maintained secondary highway up north that had more than its fair share of twists and turns, its inherent goodness revealed itself. It was so good at picking the right ratios and banging down through the ratios under braking that we saw no need to continue using the shift paddles. We would love to see how all this would work under ideal conditions, but that will have to wait until another day when Mother Nature isn’t feeling petulant and angry.

‘Petulant’ and ‘angry’ are two apt descriptors in how we felt any time we needed to use Acura’s infuriating infotainment interface. It’s not the system itself is not good- it has smartly laid out menus and responds obediently to commands- but our glare of contempt is aimed squarely at the touchpad employed to execute said commands. As we said earlier, familiarizing yourself with the steering wheel controls will save you from irritation as most of the car’s systems can be accessed through them. It is the one thing that threated to have us write the TLX Type S off the page, but it was ultimately saved by its overall excellence. While the problem of transmission lethargy has been largely eliminated thanks to pleasingly crisp ratio swaps right when you ask for them, we noticed that the TLX Type S would sometimes be hesitant as to which gear would be most appropriate, like when negotiating a parking lot at slow speeds. Sometimes that would manifest itself in the form of stuttered momentum and the occasional lurch, but it is not something that reared its head while navigating stop and go traffic or in any other situation for that matter.

If you are like us and subscribe to the notion that nostalgia is in fact a powerful drug, then you’re likely jonesing like we are for more of what Acura has in store. The Coming Soon Integra will no doubt be a hit because it will share a platform with the superbness of the newly redesigned Honda Civic. The NSX, besides hardly anyone buying it, is a seriously cool car based on a seriously cool ancestor. The TLX Type S is blazing a new yet familiar trial; we know Acura can screw together a good sports sedan from back in the TL days, but contemporary technology and all-wheel drive seriously ups this car’s game. Now if you’ll excuse us, we are off to bombard Acura’s social media channels with the suggestion that the Legend name would be perfect for a new rear-wheel drive platform that they currently have no plans whatsoever to develop. Just give us a small taste…please Acura?