At least BMW haven’t plumbed the depths of pompousness the way Mercedes Benz has. 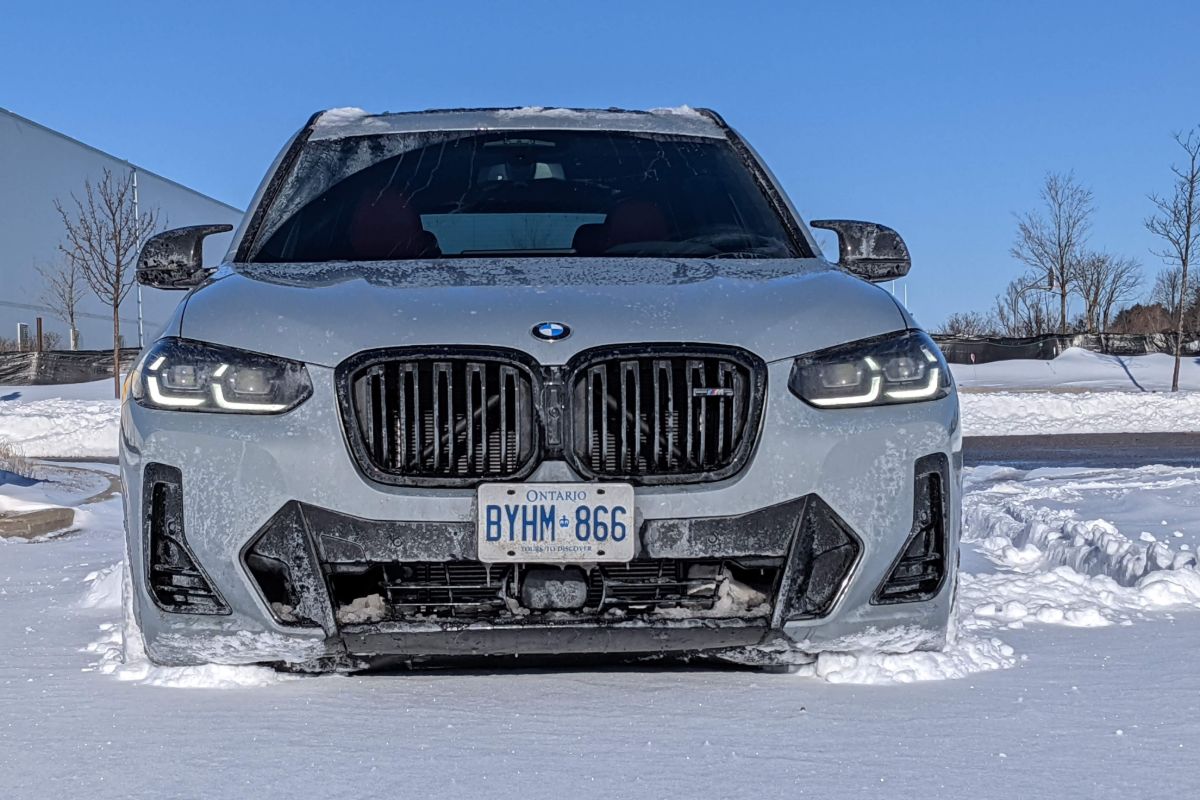 Do you know someone who pronounces the word schedule as “shed-jewel?” Perhaps you have a friend who rocks a pastel sweater tied around their shoulders on cool summer nights? If you answered affirmatively to any of these, chances are you understand the definition of pretentious very well. It would appear that so too does BMW, since they have taken to calling their updated 2022 X3 M40i an LCI  (Life Cycle Impulse) which is accurate; but so is ‘mid cycle refresh’, a more commonly used turn of phrase. At least BMW haven’t plumbed the depths of pompousness the way Mercedes Benz has, who refer to their in-dash air freshener as an ‘active perfuming system.’ Has anyone seen our fuchsia Lacoste cardigan?

Our first encounter with the G01 X3 (BMW speak for 3rd generation) was back in 2018, and we declared the SUV “X3-meley good.” Eye-rolling Dad humour aside, it perfectly summed up our thoughts after spending time with BMW’s luxury compact offering, which does battle in a very crowded and equally competitive segment of the market.

Perhaps we should discuss some of the Impulses that are a part of the X3’s Life Cycle updates. It starts on the rear liftgate where you will take note of the new font the ‘X3’ badge is rendered in. It manages to be both legible and sort of edgy too, and we think people will take a liking to it (providing they even notice.) Front and rear lighting elements are sharper and feature more detailed lenses and housings then before, and there are new wheel styles and colour choices too- check out our very fetching Brooklyn Grey painted tester. Inside, the 12.3-inch screen is as sharp as any other BMW model and the touchscreen capability and intuitive functionality of the infotainment system remain part of the package as well.

Thankfully, most of the mechanical bits carry over unchanged. Showing up for motivational duties is the delectable B58 3.0 turbocharged inline-six which churns out an 382 creamy horsepower which represents a healthy increase, not that the M40i model was crying out for more power. The familiar ZF 8-speed automatic is still handling cog swaps and xDrive endures as an excellent rear-biased all-wheel drive system. That means the 2022 model doesn’t drive meaningfully different than the one we drove four years ago which is a very good thing. There’s a lot of performance capability to exploit here, with the engine serving up serious speed and the suspension happily providing an exacting balance of ride and handling. We should also mention the addition of BMW’s 48-volt mild hybrid system which shuts the engine down as you coast to a stop and then refires it with an almost imperceptible amount of vibration. This is the start/stop system by which all others in its class should be judged- it’s excellent.

We maintain that those constants of the X3 formula will serve it well fighting its segment challengers after recently spending time in a friend’s Audi SQ5, a most despised crosstown rival of the Bimmer. It is a very popular SUV in its own right, notably proliferating driveways across our city and likely in droves in your ‘hood too. As competitors, they are very similar on paper and in their specification. But the X3's peerless inline-six engine simply blows the Audi's turbocharged V6 powertrain out of the water and it doesn’t end there. We think the X3 is significantly nicer inside, especially with our tester’s striking buttery soft red leather and generous sprinkling of beautiful carbon fiber trim which trumps the decidedly staid and antiseptic Audi. Stylistically, the X3 is much better looking than the Q and gains extra points simply for the fact that it doesn't have those repugnant fake exhaust outlets that the Audi has. Sure, the X3 is more expensive, at least in its spec as tested here- but we’d much rather come up with the extra scratch to have one than its four-ringed opponent from Ingolstadt.

We’d also make the X3 our pick of the litter when recently navigating a massive snowstorm. That is exactly what we woke up to the morning we were due to return the SUV to BMW headquarters. Normally we take weather forecaster hyperbole of a ‘generational snow system bearing down on the GTA’ with a grain of salt, but this time they got it right. It took almost 20 minutes to get the windows cleared and to shovel the drifts piled up around the doors so they could open up without a deluge of powder making its way into the interior. While we had to postpone until the following morning to return the X3- and even then, the roads were still an utter mess- it performed flawlessly, punching through the gnarliest of drifts and keeping us free of the enormous snowbanks. At one point the X3 became high-sided on a huge pile of snow pushed into the roadway by a plow, but after some strategic shovelling and deactivating traction control we managed to break free. This was obviously a test of weather conditions that were way outside a normal snow event but the Bimmer handled it rather well, seat and steering wheel heaters working double time along with the front and rear defoggers to ensure our toasty comfort and safety.

Call it a Life Cycle Impulse, a midcycle refresh or a strategic amalgamation of nips and tucks- the newest version of X3 is a great SUV, made incrementally better by these changes. It does not matter whether you ask it to navigate around waist high snow drifts, carve up some of your favourite backroads or take the kids to skiing lessons- the X3 has you covered. In a few short years we’ll no doubt bring you a comprehensive road test of the next generation of X3, however that might look- will it be a hybrid? Perhaps fully electric? Either way, stay tuned and we’ll check our “shed-jewel” on when we can bring you just such a review.