The Porsche Macan Wearing Base Trim Is Surprisingly Great

Despite occupying the lower rungs of the Porsche ladder, the base Macan handles sweetly and precisely, and makes for a willing companion when you are faced with the joyful task of unfurling a twisty road. 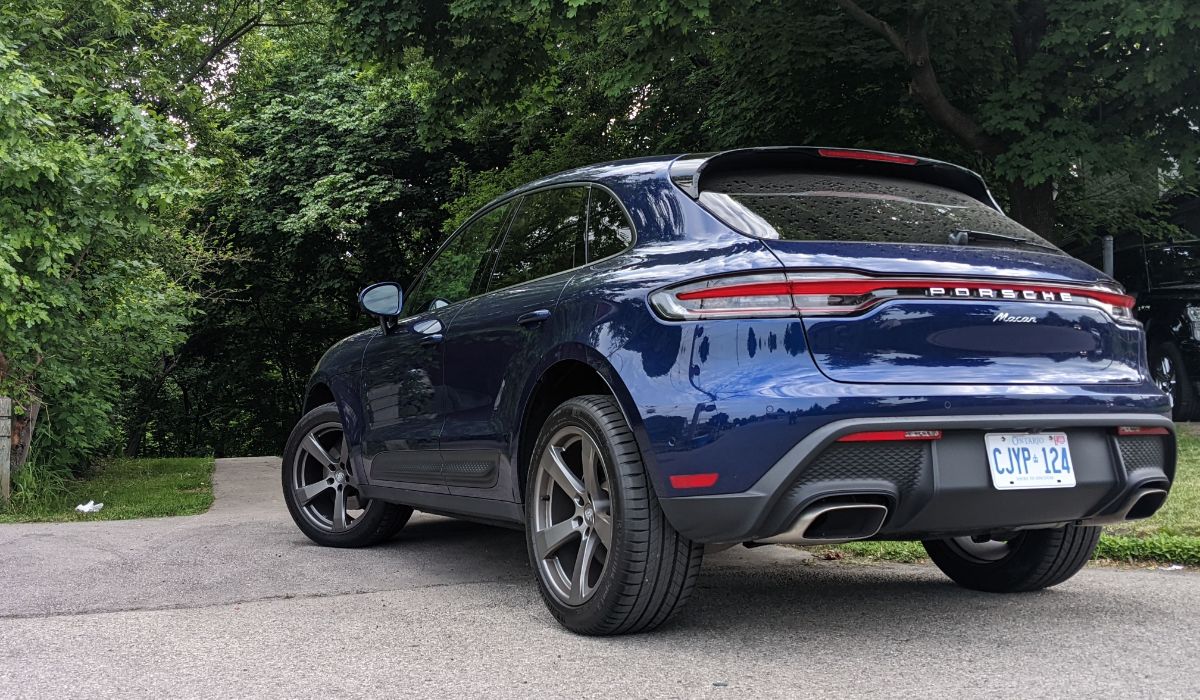 HIGHS: Sweet and precise handling, doesn’t feel like you ‘settled’ for the base model, the best electronically assisted steering anywhere.

THE VERDICT: It might be a base model on paper, but the Macan delivers a driving experience that does not feel entry level whatsoever.

Most times when we procure a vehicle for a road test review, the manufacturer will provide us with a model decked out in the most lavish trim level available. The reasoning behind that is to promote the version with the juiciest profit margins, and it also makes for an admittedly pampered experience for those of us who are lucky enough to slide behind the wheel. In some cases, there’s an ulterior motive at play- all those bells and whistles can serve as an attempt to gloss over some of the inherent shortcomings that may be lurking behind the scenes. That is precisely why we jump at the chance whenever the opportunity presents itself to review a vehicle in its purest, most honest form, also known as a base model. When we became aware that Porsche added the entry level trim of its entry level Macan model to the press fleet, we enthusiastically asked for the keys. Does the fact that most of us identify as card carrying members of the Porsche fan club have anything to do with that? We will let you decide for yourselves.

Still, even with our unabashed reverence towards Stuttgart’s finest we surmised that sampling the Macan in the most basic form available would expose any weaknesses inherent in Porsche’s smallest SUV. Our expectations were not terribly high, especially since the last time we drove the Macan it was in Turbo form (which no longer exists as it has been replaced by the GTS model) where we said “Readers familiar to this space know we prefer a sedan over an SUV any day of the week and twice on Sunday. However, for the Macan Turbo we will gladly make an exception.” While we still prefer sedans to their higher riding counterparts, we had to admit that in a lineup that consists of some of the best sports cars on the planet, the Macan made one helluva impression. There’s no way the base trimmed Macan could come close- right?

Wrong. Those who imagined the Macan as an underwhelming, underpowered conveyance will be disappointed; it is still as good as the rest of the model range and very much deserving of the Porsche crest it proudly wears atop its Gentian Blue Metallic livery.

OK, so our tester was not exactly a base model. It wore very handsome 20” Satin Platinum finished wheels ($3,370) which did nothing to hamper ride quality as anticipated ,even despite the lack of the available air suspension. The other big-ticket item was the Premium Plus package ($5,770) which included goodies like cooled seats, a panoramic sunroof and Lane Change Assist. There were a few other minor bits and baubles but if you can show us a Macan on a dealership lot with less stuff we would like to see it. There’s a reason why Porsche has earned the coveted designation as the most profitable brand per unit- most cars leave the showroom with a healthy number of extras added to the bottom line.

Does a VW-sourced 2.0 litre turbocharged inline-4 under the hood mean the Macan is a gutless slug? We wouldn’t go that far whatsoever, but we will admit to inwardly wondering if it would lend the little SUV enough suds Porsche shoppers expect- especially since we can still vividly recall the tasty full fat Turbo version with its 440 horsepower twin-turbo V6. Folks, we are here to tell you that 261 horses are more than enough to get around town and make passing a breeze. You’ll want to activate Sport mode for most drives as the Macan can feel a little flat-footed as it races towards top gear for ultimate efficiency. Once you do, the engine response get appreciably snappier and the excellent PDK dual clutch automatic always finds the right gear and will cling to that ratio until it deems the appropriate time to shift. We didn’t strap any test gear to our Macan but our finely calibrated keisters confirm that the least powerful Porsche is zippy enough to bring a smile to anyone installed behind the wheel. It even sounds pretty good too, developing a lively snarl as you wind the tach out to redline.

Suspension and brakes are standard issue Macan, although Porsche will happily sell you upgraded air suspenders and carbon ceramic binders. We might be tempted by the air suspension ($3,140) because it makes for even better ride quality than the standard steel springs, but we would skip the fancy brakes ($3,990) because unless you plan on tracking your Macan regularly- and let’s face it, the vast majority of you wouldn’t ever consider it- the standard stoppers work just fine and never showed us even a hint of fade. The steering is the same across the Macan lineup too, which is to say it features one of the best electrically assisted racks in the industry.

Despite occupying the lower rungs of the Porsche ladder, the base Macan handles sweetly and precisely, and makes for a willing companion when you are faced with the joyful task of unfurling a twisty road. Part of that is due to less mass over the front axle with the smaller engine, and the rest of the credit goes to Porsche’s gifted team of engineers. This car might be related to an Audi Q5 since they share a platform, but this one is vastly more rewarding to drive. It might not have the horsepower of some of its more powerful stablemates but the missing ponies matter not when you show it some corners.

For 2022 the interior receives some worthwhile upgrades as well. The big news is the presence of Porsche’s cutting-edge infotainment system and the waterfall of touch capacitive ‘buttons’ used to adjust climate control among other things. It does take a little to get the hang of things, but once you have it mastered it commands become second nature to the point where you don’t need to avert your gaze from the road to change a radio station or to activate the cooling seats on a scorching afternoon commute. The cockpit is also luxury car quiet and there are no squeaks or rattles that serve to annoy occupants. Build quality is typically unimpeachable for a Porsche and it feels like the price is justified. Some remarked that it was too spartan and didn’t make enough of an impact, but we disagree and actually warmed to the minimalistic vibe it puts out. Again, you can add such indulgences as a Burmester sound system ($6,500) and leather covered air vents ($2,220) but do you really need that stuff? After spending a week playing with the Macan in its lightly optioned spec, we can tell you that we didn’t miss any of the available treats whatsoever.

In fact, try as we might, we found very little to complain about with our tester. Rear seat passengers will find things a bit snug on long journeys, and the cargo hold out back isn’t huge so pack light. In a nod to our highly pedantic tendencies, we wished that Porsche stuck with their classic font for the instrument panel gauges. Extremely nit picky as that may be, it speaks to the inherent brilliance you get driving a Macan, even in lightly optioned guise you see here.

It would seem that folks are catching on to said brilliance because Porsche says that in the context of its best-selling model, 60% of buyers chose the base Macan as a worthy addition to their personal fleet. All those customers can’t be wrong and we believe that this review convincingly dispels the notion that you have to step up to one of the higher powered and more lavishly equipped examples of the breed to enjoy the Macan’s driving pleasure. Plus, with observed fuel economy of 10.7L/100km (that figure obtained with frequent bouts of spirited driving) means you can enjoy all the dynamic delights the Macan offers without putting too much of a burden on your already strained fuel budget. If you find yourself in need of a sporty SUV that is rewarding to drive but one that commands less of a financial commitment to step up to, we think you’ll agree that even in base form, the Porsche Macan is surprisingly great indeed.