The big takeaway here is that the formula which has made the GTI such a formidable hot hatch that has endeared itself to so many drivers over the years is blessedly intact. 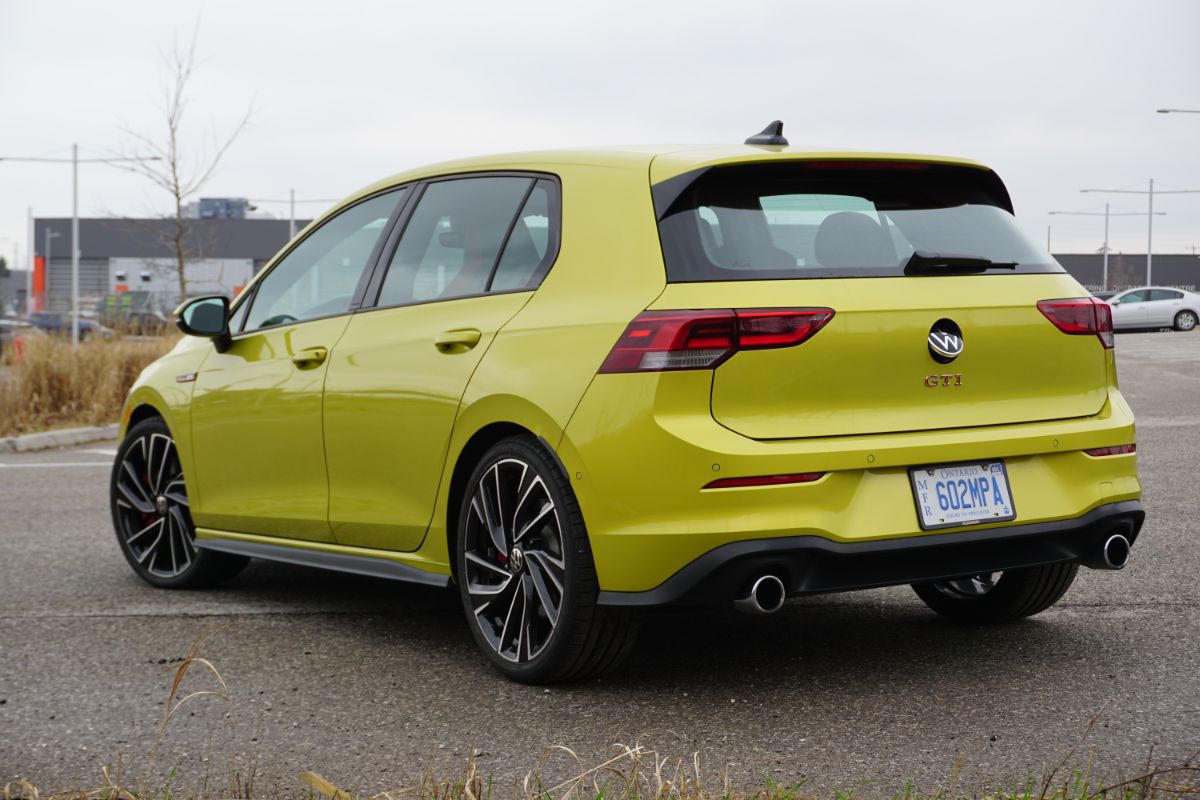 We recently featured the Volkswagen Golf R in the Carpages Garage, and if you devoured that review with the same enthusiasm that we demonstrated while in the process of sashaying down twisty roads while in the driver’s seat, you can safely call yourself a connoisseur of the hot hatch genre. It is more than likely that you wholeheartedly concur with our assessment that this is the car that currently sits atop the desirability scale of the entire segment.

But what about the GTI, the icon that paved the way for the Golf R?

Full disclosure- many of us in the Carpages universe have owned or own a GTI, and while we will never agree on which generation and what spec is best, we can find consensus in the fact that the GTI was, is and always will be what comes to our minds when spit balling which affordable yet practical sporty car we would most like to put in our own driveway. There were some lean years- Mark 3 and 4, we’re looking at you- but in 2007 VW got its groove back once again with the Mark 5 and the brilliance has been building ever since.

Painted in Pomelo Yellow Metallic ($495) as you see here on our tester, continues that tradition. It is better in every way over its predecessor except for one key area- the cockpit. It isn’t like anything around the GTI’s helm is a penalty box- far from it. Since you are no doubt intimately familiar with our recent review of the Golf R, you know where we’re going with this; the utter lack of buttons replaced with touch sensitive panels and sliders. To put it mildly, Volkswagen’s decision to go this route is vexing at best and exasperating at worse. While this issue is easily the most glaring, trust us, you do get used to it. Until VW commits to a rethink on this, we don’t see the point of relentless complaining, so we’ll just stop here.

After all, focusing on nits to pick is too much of an unwelcome distraction from revelling in the goodness of this iconic machine.

We wondered where to begin telling you about all the delightful ingredients the GTI brings to the table, with the primary goal of satiating the hunger of its legions of fans? Do we touch on the adaptive dampers first, whose range of settings offer impressive bandwidth and imbue the GTI with the duality of all day comfort tourer or backroad apex carver? Perhaps we should talk about its superb drivetrain, starring a more powerful engine accompanied by a slick 6-speed manual gearbox? It becomes a daunting task in charting a course of exactly what makes the Mark 8 generation so good, but suffice it to say, it is a confluence of meticulous engineering along with the upgraded oily bits that make the GTI so rewarding.

Settle into the Scalepaper plaid cloth seats, snick the shifter into first and grab the perfectly sized steering wheel. Next, you’ll want to point the sharply styled front end (complete with a super cool light bar that ties the front headlamps together) towards some lightly travelled roads- the squigglier the better. On they way, you will surely take notice that the GTI is still the best in the hot hatch world at being poised and comfortable when you just want to rack up kilometres while allowing its mischievous side to shine through when you feel frisky. At the first sign of the road going from straight to cooked spaghetti, select Sport from the available drive modes and mat the throttle. Aside from a newfound increase in turn of speed thanks to the power bump, make sure you drop the windows to savour the E888 2.0 litre’s voice which speaks in a much richer timbre- thank goodness the ridiculous Soundaktor audio aids from previous generations has been binned.

So it sounds better and goes faster. But what happens when you toss it into a few bends? All GTI’s, regardless of trim level, feature a Limited Slip Differential that works so much better than the brake-based version of the technology found on the Mark 7. It is borderline comical how much speed the chassis will now tolerate as you enter a corner- the suspension deserves credit here too- but the real magic is how early and aggressively you can get back on the power. Instead of the front end degrading into soul crushing understeer, the GTI exhibits remarkable composure and grip for days. It may be front-wheel drive but it doesn’t suffer the typical drawbacks of having only the front wheels tapped for motivational duties. You may run out of gas before you have fully exploited the GTI’s startingly high limits, although its 2.0 turbo four engine is remarkably efficient when you show it a more gentle throttle foot so which in turn nets you more time to play- we averaged an impressive 9.5L/100km over a week of antisocial behaviour and the banality of commuting and errand running. With pricing at the pumps reaching the stratosphere these days, the GTI won’t require you to remortgage your home to keep it gassed up and on the road.

The big takeaway here is that the formula which has made the GTI such a formidable hot hatch that has endeared itself to so many drivers over the years is blessedly intact. Driving it feels like a secret handshake of sorts- most people will simply acknowledge its practicality and daily livability while overlooking how competent it is as a sports car, albeit a boxy and front wheel drive one. We began to regard the GTI as Volkswagen’s version of the Corvette- it is the brightest star in the sky of all its current offerings and serves as a stark reminder that although crossovers and SUVs garner the most attention from buyers, Wolfsburg still knows a thing or two about churning out truly memorable cars.

At the end of our Golf R Road Test, we stated that it is the best version of the Golf ever and that it would be the one to have. As we conclude our dissection of what makes the GTI so compelling, those who don’t need AWD or who are not willing to bridge the financial gap between the R and the GTI, they should know that by no means are they ‘settling’ for the lesser car. Its perch atop the hot hatch segment remains uncontested- it is still the best of the breed. We all agree that we wouldn’t hesitate to put one in our own driveways again.