How Many Times Can You Jump A Car Battery?

Jump-starting a dead car battery is a common practice among car owners and is indeed a lifesaver if you have a dead battery. However, to prolong the lifespan of your battery, there are certain things you should know.

HOME GUIDES How Many Times Can You Jump A Car Battery? 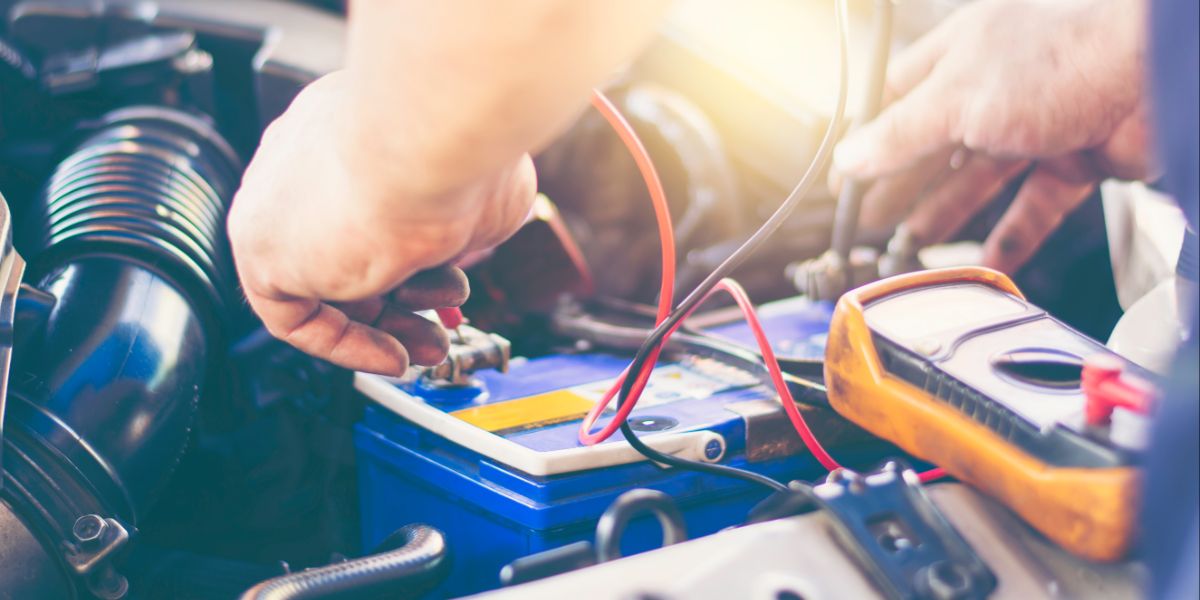 Jump-starting a dead car battery is a common practice among car owners and is indeed a lifesaver if you have a dead battery. However, to prolong the lifespan of your battery, there are certain things you should know.

This article will talk about everything you need to know about jump-starting your car battery. Also, it will highlight how many times you can do it, what happens when you jump-start your car the wrong way, and many more.

To know more about jump-starting a dead car battery, read on!

Can A Car Battery Be Too Dead To Jump Start?

Yes, a car battery can be too dead to jump-start. However, this is dependent on how old the battery is. If a battery has exceeded its warranty period, you may not be able to jump-start it. Nevertheless, you can always jump-start a dead car battery that isn't too old. You should know that if your battery's reading is below 12 volts, it is said to be discharged. At this point, your vehicle's alternator will no longer be able to charge it. If you force the alternator to power it up, you may end up with a damaged car battery. Instead, use a battery charger or jump-start it.

How Many Times Can You Jump A Car Battery?

Jump-starting your car battery once is not a problem. However, if you have to jump-start your battery up to three times a week, it's time to get a replacement, as it is probably damaged. Also, when jumping-start a car, avoid cranking it more than three times if the car refuses to start.

How Long Does It Take To Jump A Car Battery?

Jump-starting your car by yourself may take up to 5-10 minutes once you've plugged in all the cables. However, it will take a shorter time if you have a professional do it or are equally skilled. Also, depending on the battery's state, it may need to undergo an inspection to ensure it isn't damaged.

Once you have jump-started the car, do not drive away immediately. Allow your vehicle to keep running for a minimum of two minutes so that it gets juiced up. If the battery goes flat again after turning off the car, you may have a damaged battery and should consider replacing it.

What Happens When You Jump Start Your Car The Wrong Way?

Jump-starting a car is a pretty straightforward process. You don't need to be a genius to do it. All you need are jump-start cables and another vehicle with a charged battery. The rule is to connect the positive cable to the positive battery terminal and the negative wire to the negative terminal. But what could happen if you do it wrongly?

Damage to The Car Battery

Connecting a car battery the wrong way while jump-starting your car will cause harm to the battery. This is because the electrical current will have nowhere to go, creating heat and gasses that are likely to damage the battery. In addition, a wrong battery connection is also a danger to the rescue car battery (battery you are jump-starting with).

You should know that the most common car batteries are lead-acid batteries. In the event of a wrongly connected battery during the jump-starting process, the battery will discharge hydrogen gas.

This gas discharge occurs when there is a crack in the battery due to the build-up of hydrogen gas inside it. If this happens, the battery can explode. We recommend getting at least 100ft from the vehicle if you notice such dangerous situations.

Similar to the scenario above, the wrong contact with a jumper cable between the two batteries will generate heat that could damage the wires. While stronger cables may resist the heat, regular ones may start to melt or burn. Additionally, the jumper cable's clamps will also be heated and may become weak. Ensure to disconnect the wires once you notice unnecessary heat from them.

Damage to The Alternator

One safety precaution to implement when jump-starting your vehicle is to turn off everything that may be connected directly to the battery. This includes car alarms and lights. If you attempt to jump-start the car with these components on, the vehicle's alternator may receive a power surge which causes overheating. Thus, it could damage the alternator.

Other electrical components that can be affected negatively due to a wrong jump-start include fuses and sensors. Fortunately, you can replace them without too much hassle.

The Do's and Don'ts of Jump-starting a Car

Now that you know what could happen if you jump-started a car wrongly, here are the things you should and shouldn't do when jump-starting any vehicle:

As mentioned earlier, jump-starting a car is a fairly straightforward process. Thanks to the information in this article, you know what and what not to do when jump-starting your vehicle. Remember that if you need to jump-start your car too often, you may have a damaged battery. Here's something we'll leave you with, if you crank your car and it won't start, it's most likely a result of a dead battery.