Where To Buy Used Police Cars

Used police cars are heavy-duty workhorses that come at a fraction of the cost of regular vehicles. If you’re interested in buying one, here are the best places to shop. 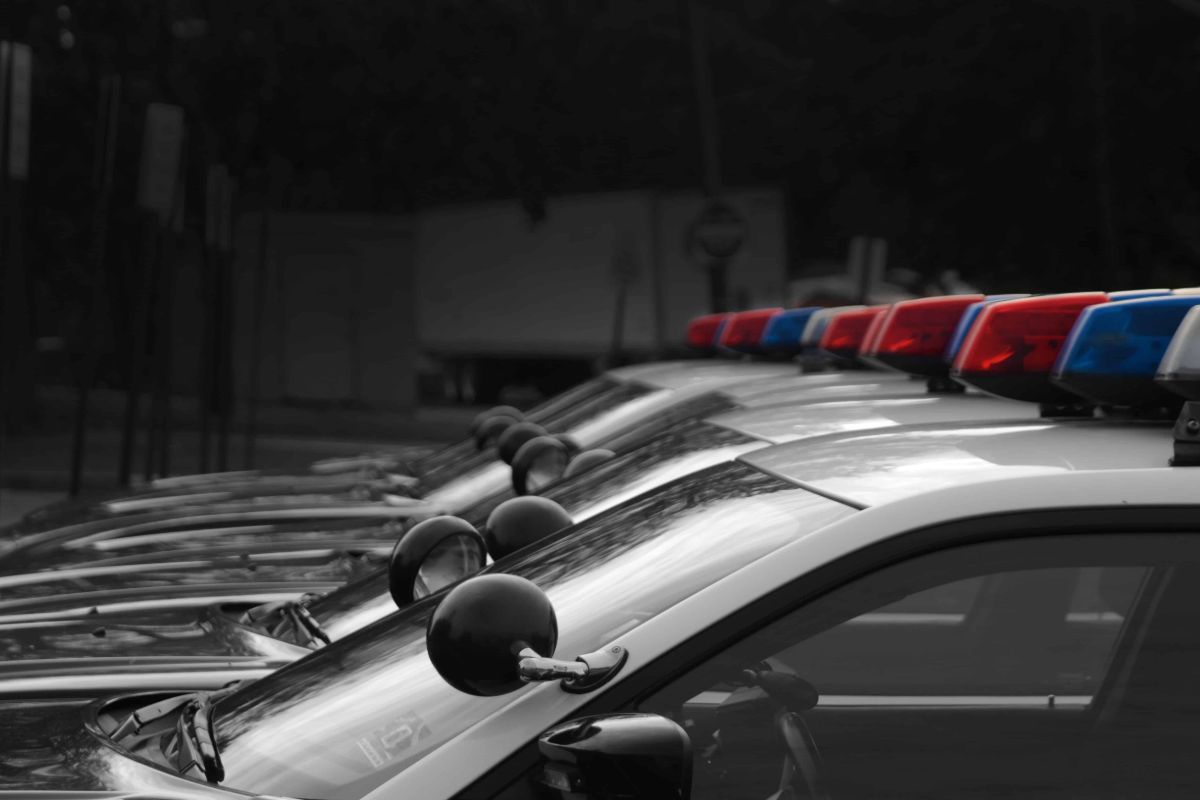 Used Police Cars: Are They Worth It And Where To Buy?

Most police cars have been upgraded to handle the day-to-day demands of police work. Plus, they’re equipped with all sorts of neat features, from powerful engines to heavy-duty suspension. They also come quite cheap – nearly all used police cars are sold for far less than similar models on the used car market. You can find a huge selection of used Police cars right here on Carpages.

Essentially, if you’re looking for a hardy compact car equipped with a powerful V8 engine that won’t break the bank, police cars are your best bet! So, where can you score one? And are there any downsides to owning a cop car?

In this guide, we clue you in on everything you need to know before making a purchase, from the downsides of police car maintenance to useful tips on where to buy used police cars.

Why Should You Buy A Used Police Car?

Many people are hesitant to buy an old police car for various reasons, but there are plenty of upsides to this second-hand vehicle. Here are five major reasons you should buy a used cop car:

Used Police Cars Come With A Bunch Of Unique Features

Pursuit cars are the most common types of police vehicles, so you’re most likely to see these in a used car auction or listing. These cars are made for high-speed chases, carrying loads of weaponry, transporting passengers, and basically just handling a lot of strain on a day-to-day basis. They’re souped-up to keep up!

Here are some of the cool features you might find on a used cop car:

If you get a Ford Police Interceptor, it also comes with built-in steel intrusion plates in the front seats for added protection.

Don’t assume that just because police work is so intensive that the used cop cars that are up for sale are all beat-up clunkers.

Because vehicles are so essential to the job, cop cars are usually well maintained. After all, you wouldn’t want to be in hot pursuit of a criminal, only to have them slip away because your engine overheated.

Take it from Josh Bailey of the Canadian Black Book: “Typically, the vehicles that are retired from heavy-duty service like police work, are generally, perhaps wrongly, viewed as being heavily abused. In fact, they’re probably highly maintained vehicles.”

Used Cop Cars Have Lots Of Interior And Trunk Space

Officers need all sorts of equipment to do their job. As such, they’re often issued cars with roomy cabins, comfy rear seats, and massive trunks – far more spacious than what you’ll find on your typical sedan. So whether you need to haul your kids (and all their stuff), groceries, or camping gear, police cars will get the job done.

For instance, the Crown Victoria – one of the most popular police sedans of the 90s and 2000s – has a high roofline that can comfortably seat even the biggest and burliest of football players.

If you’re looking for a moderately priced car with a powerful engine, used police cars are the way to go. It's rare to find a hybrid cop car, and that's because they're made to go fast.

Of course, to keep both drivers and other motorists safe, police cars are also equipped with excellent handling and heavy-duty suspension. As such, cop cars are favoured by the likes of taxi fleet operators, trailer haulers, and folks who live in areas with harsh winters.

Used police cars are often far cheaper than their civilian counterparts. In fact, according to the Star, GCSurplus reported that the average price for a 2009 Ford Crown Victoria sedan from 2014 to 2015 was $1,184. This is much lower compared to the average cost for a similar used base model at $9,217.

What Are The Disadvantages of Buying a Police Car?

With all this in mind, you might be eager to pull up to your nearest auction and buy the cheapest available police car. But buyers be warned: there are some trade-offs you’ll have to endure if you’re really dead-set on a police vehicle.

Here are the four most significant disadvantages of buying a police car:

One of the reasons why cop cars are so cheap is high mileage. Police cars are used day-in and day-out in many ways – from slow, meandering neighbourhood patrols to the stop-start driving cops do when responding to calls throughout the day.

But mile count doesn’t really paint much of a picture regarding how its driver handled and maintained it. Even if you can score a car with low mileage, you won’t really know how hard it was pushed until the police department retired.

Tip: When buying used cars, always bring a mechanic along to perform a detailed inspection. This will help you identify potential problem areas and money pits.

Fuel, Repairs, And Maintenance Costs Are No Joke

Because these cars are so heavy and equipped with such powerful engines (plus, they’re usually on a rear-wheel-drive), a lot of them can be real gas guzzlers. While your upfront cost may be low, it may be a pain to keep a used police car running down the line.

Another thing to watch out for is cars that have either been discontinued or are equipped with hard-to-find components. This makes repairs and maintenance both problematic and expensive.

A Lot Of People Are Wary Around Cop Cars

Depending on where you live, a police car might not elicit positive responses from your neighbours. And as you drive around town, you may notice civilian drivers acting differently around you. Typically, people tend to drive slower and more safely around cop cars out of the fear that they could be pulled over.

This might be good news for cautious drivers and folks who get impatient about stoplights and switching lanes. However, it could also be annoying if you just want to get around like an average person.

Save for the equipment that civilians aren’t allowed to operate, most police cars are sold “as is.” This essentially means that once you’ve signed the contract, all problems, repairs, and modifications are your responsibility.

Unfortunately, this means having to deal with stuff like street-legal fittings that have not been removed from the vehicle, such as rear prisoner cages and spotlights. Many of these cars also come with industrial-grade vinyl seats in place of rear cloth seats because vinyl is easier to wipe down and clean in case of any accidents. On the bright side, you get some cool features that aren’t usually found on “normal” cars.

Other things you can expect from “as is” cop cars include holes and damages on the dashboard and console from previously fitted police equipment, holes in the roof from light panels and radio antennas, and brackets upfront for grille guards or bull bars. You might also have to deal with sticky glue residue from decals and black-and-white patterns that make it hard to be subtle about the fact that you just bought a police car.

Where To Buy Used Police Cars

So, you’re still willing to look at some used cop cars. Where should you start looking? Here are some of the best places to shop:

The GCSurplus website used to be the place to find decommissioned law enforcement vehicles. However, a 2020 shooting incident involving a gunman who used a replica police vehicle in Nova Scotia has halted sales of RCMP vehicles.

According to Public Safety Minister Bill Blair, "During this moratorium, the Government of Canada and the RCMP will examine the policies that are currently in place and work towards long-term solutions that further ensures these vehicles are not improperly outfitted or otherwise misused."

Buyers in search of older law enforcement vehicles need not worry, though. It is still legal to possess or own a police vehicle, as long as the owner does not “falsely represent” themselves as an officer. This means removing official police logos and decals from your car.

Most Canadian cities advertise surplus police auctions and/or city vehicle auctions online. Here are some auction houses you can look into:

Facebook Marketplace, Carousell, Kijiji, and Locanto are online classifieds that used car sellers tend to frequent. However, these sites don’t require their sellers to be identity-verified or registered somehow, so it’s easy to get tricked into a scam.

We at Carpages.ca, on the other hand, advertise vehicles only from government registered dealers or identity-verified individuals – so you know you’re in safe hands.

A used police car can be an excellent option for those looking for a second-hand vehicle with a lot of power, extra features, and an affordable price tag. Plus, there’s no shortage of supply – you can easily find old cop cars at auctions, surplus websites, and online marketplaces.